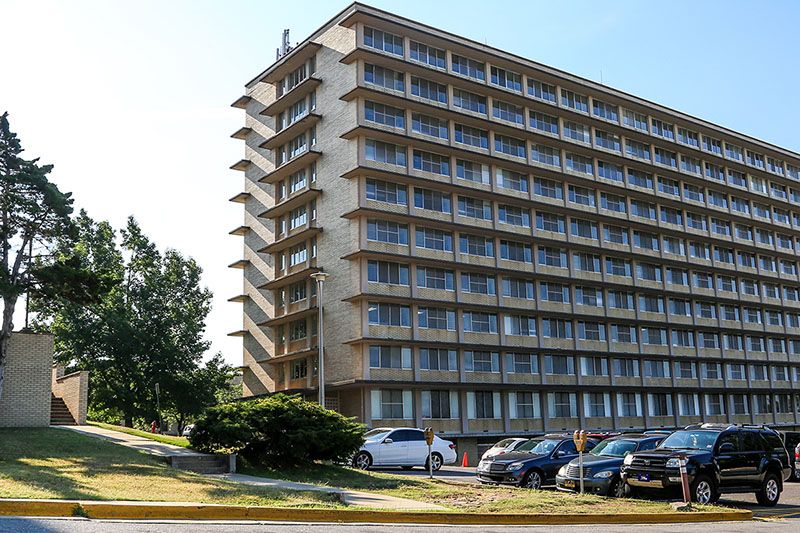 Yocum Hall is a ten-story, co-ed residence hall with a large activity room on the ground floor and a TV lounge on the first floor. Each bedroom has built-in closets, dressers and a long, centrally positioned built-in desk with bookcase, ethernet access, cable and a networked smoke detector.

Yocum is located directly across the street from the Walton College of Business and Kimpel Hall. Yocum is one of the tallest buildings on campus and features study rooms on each floor, a large T.V. Lounge on the first floor, and a game room on the ground floor. The building is air-conditioned and the hallways are carpeted.

Hall visiting hours are 8 a.m. to 2 a.m., Sunday through Thursday, and 24 hours a day during Friday and Saturday.

This hall is open to students even during winter and spring breaks.

Several rooms were modified to include space for an air-flow chase. Referred to as "pipe chase rooms," these rooms are provided with a wall-mounted flat-screen TV, lofts, movable bureaus and desks.