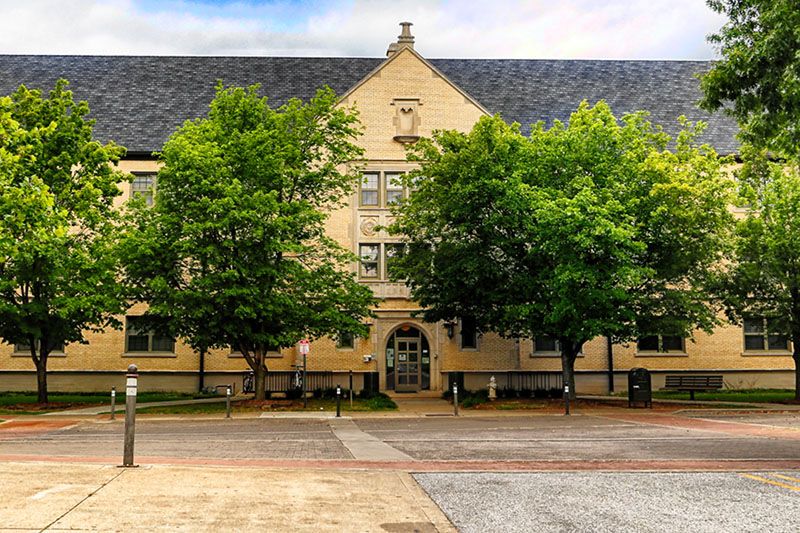 Gregson Hall, also known as Gregson Lodge, opened in 1948 and was named for William S. "Pop" Gregson. "Pop" had been associated with the university since 1918 when he visited the campus while working for the YMCA. He later became the Director of Religious Activities and served for a brief period as the acting Dean of Men for the University of Arkansas. He also served as the manager of the Student Union when it was housed in Memorial Hall. Gregson Hall is a co-ed upper division hall.

All rooms are carpeted. The hall has a game room, a television lounge and a private study lounge and houses the University of Arkansas Enhanced Learning Center.

Gregson Hall is open only to upperclassmen.

Each resident may have only one guest in the residence hall at a time. Overnight guests will not be permitted, and no guests should be in rooms between the hours of 2-8 a.m.

The visitation and guest policies will be revisited by January 29, 2021 to determine any adjustments needed.

This hall is open to students even during winter and spring breaks.